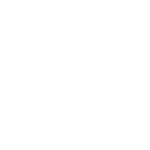 Lead actress at the Telugu film industry has done a lot of short films and demo films and now into feature films and web series (Telugu) as a lead. And apart from this, I do lifestyle blogging and designer shoots and makeup artist shoots for Instagram and also review products.